×
You are here: Home / Influencer Brand Partnerships / Ontario Finest Meat Competition Judging for 2017 And My Experience
This post may contain affiliate links. As an Amazon Associate I earn from qaulifying purchases. Disclosure Policy.

I was so honoured to be asked to participate as a judge for the 2107 Ontario Finest Meat Competition. What a fun and tasty day I had!! 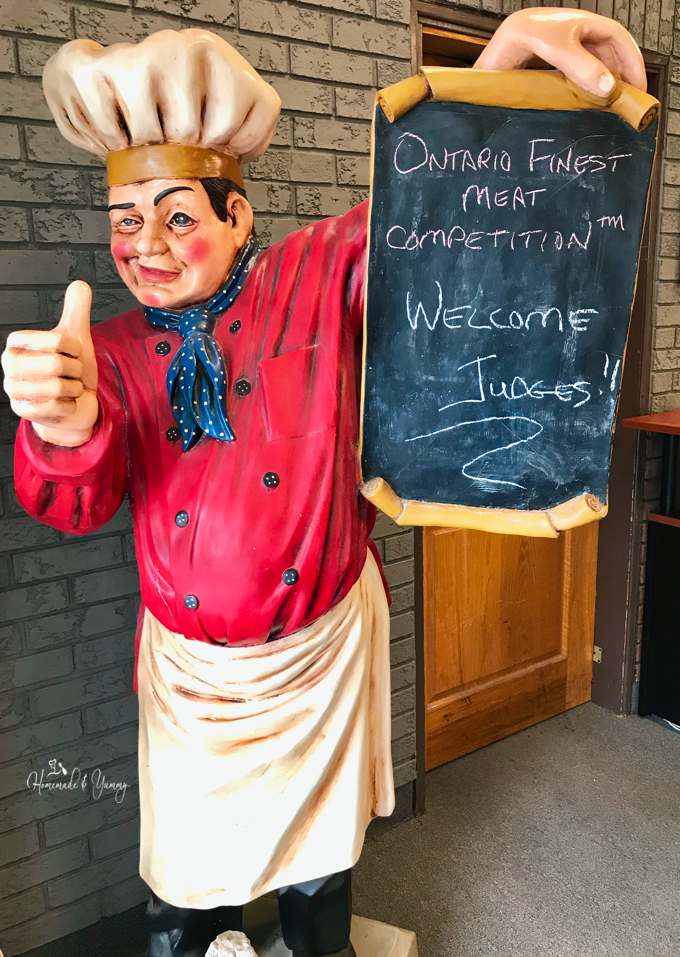 When I got the email asking if I would be interested in being a judge at this competition, I really thought someone was playing a joke on me. It was a Monday morning, and I hadn’t even finished my first cup of coffee. Ok, let me see what this is all about.

Ontario Finest Meat Competition is held every 2 years. Artisanal meat and poultry products (meeting the strict criteria) are judged on a point system, and winners are announced at the OIMP Awards Gala. This is a prestigious competition attracting over 150 different meat products to judge.

You will receive a FREE PANTRY STAPLES PRINTABLE and easy recipes to make with them.

Who wouldn’t want to sample some tasty products, especially if it includes bacon? Ok, so far they have my interest, let’s see who the judges are. According to their website, this elite group of people consists of cookbook authors, chefs, food writers, buyers and food experts. Now this is where I started to wonder “how did they find me”? 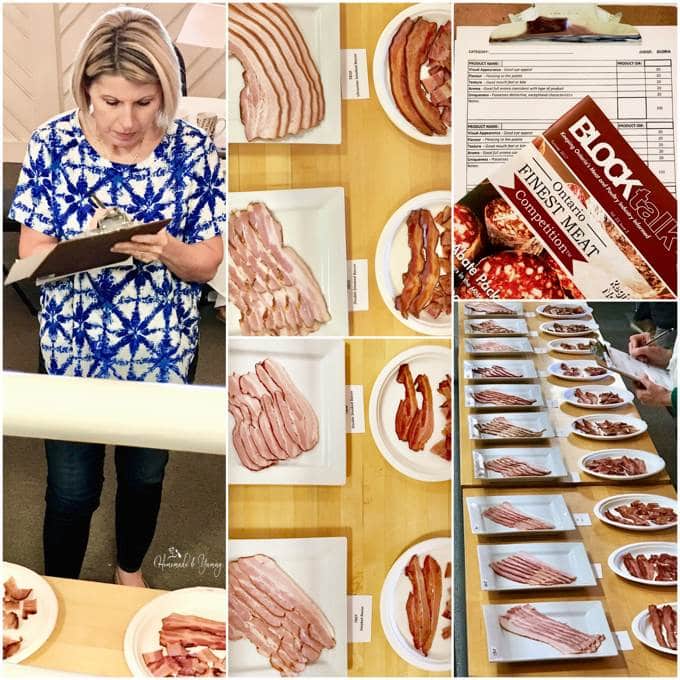 I responded to the email asking a couple of questions, just to satisfy my curiosity. I had to make sure this was a “for real” opportunity. My questions were answered quickly, and YES, YES, YES….did I say “YES  I am interested”?

Closer to the date of the competition, I received a email letting me know the location and time I was assigned to judge. This is a 2 day competition, some judges participate on 1 day, and some on both days. I participated on the first day.

I was SOOO excited, I hardly slept the night before. A whole new experience, wonder what I will be sampling? I just know there will be lots of things I have not tried before. Wonder what happens if you don’t like something? 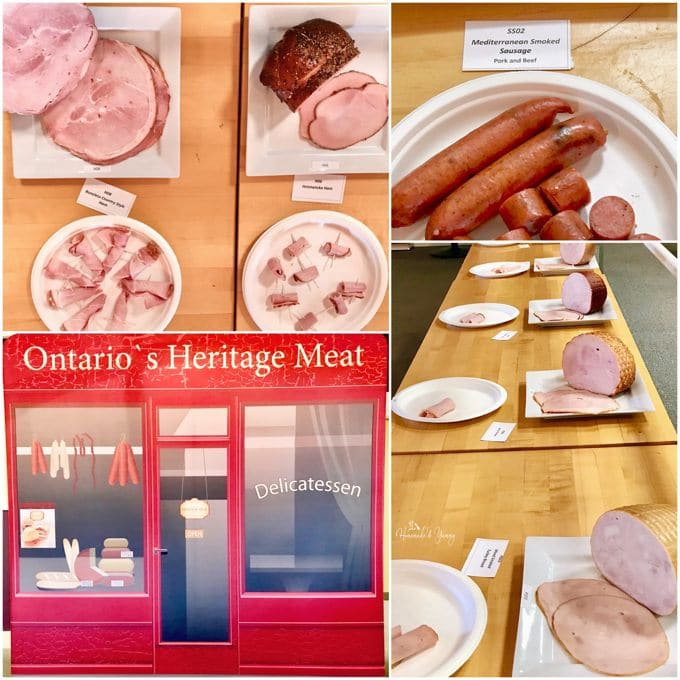 When I arrived at Liaison College in Brampton, some of the other judges were already there. We introduced ourselves and mingled for a bit. When it came time to judge, we were given our instructions and began tasting away. Did I mention we would also be video taped?? OMG I am going to be on camera! Hope I don’t make any strange faces if I don’t like something.

In total this year there were 15 product categories. On my day of judging I covered 6 categories, and 56 different samples. WOW that was lot of meat. Perfect reference to “That’s What She Said” from The Office ?.I bet you wondered if I had meat for dinner? NO! Salad was the choice that night (after I walked around Square One mall for a couple of hours).

The products were presented in their categories, starting with the most mild (which happened to be delicious yummy Traditional Bacon) and ending with the most intense flavoured category for the day (which was Dry/Semi-dry Sausage). 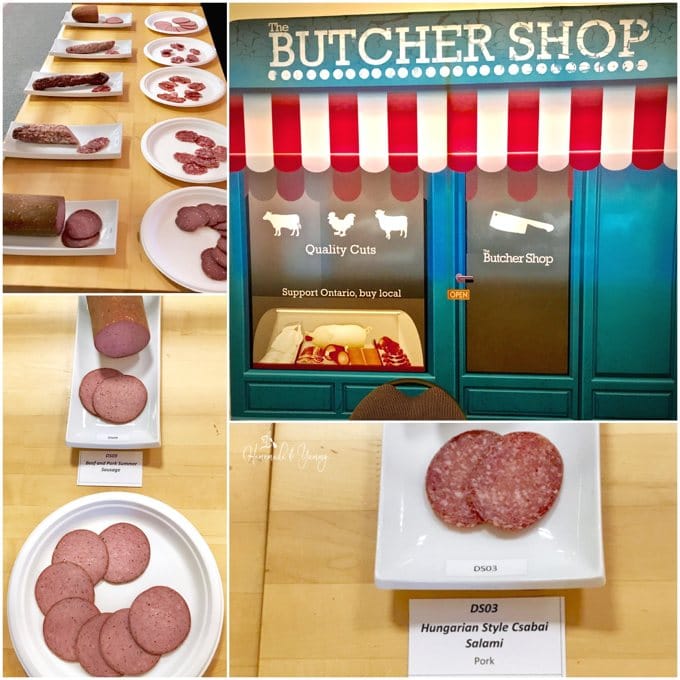 All the products were presented in “whole form”, think of how you would see it in the store. There was another plate that contained sliced pieces for sampling. Things like bacon, wieners and sausages were cooked prior to sampling.

No names of companies were made known to us. Sometimes the protein was labeled (for instance veal & chicken wiener), but other than that, judging was based on look, smell, and taste alone. What a way to get your taste buds wondering “what is in this”?

Each product was judged on: Visual Appearance, Flavour, Texture, Aroma and Uniqueness. With 20 points per area, a total of 100 points could be awarded per sample.

Now, you would think this would be easy right? After all, some lucky people need to get this very important job done. A winner must be declared! Wonder how many of the 2015 winners will be awarded again this year? 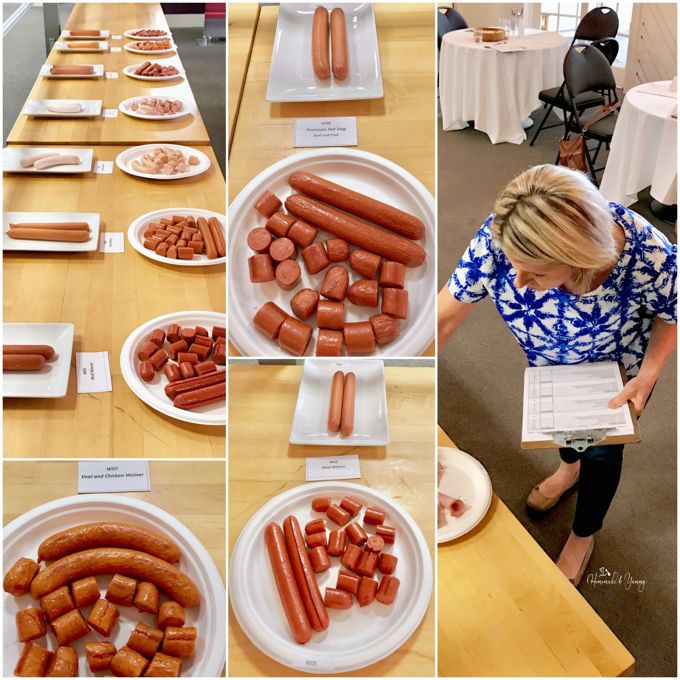 It wasn’t hard, but it wasn’t easy either. If I didn’t like something, well that was easy to score. When it came to things I liked, I had to really decide on the areas that would make one a winner over the other. Having a tie in my own judging would not work.

With bread, crackers, and flavoured water, we were able to cleanse our pallets. The time would be around 3 hours (or so) to get this job done. If there was a “tie breaker” that would be done at the end. LUCKILY we did not have one.

What can I say about this experience? Fun, tasty, intense (as to the number of products you had to sample), but for me I was honoured to be asked. Getting to taste some wonderful meat and poultry products produced right here in Ontario was amazing. Sometimes you don’t even know what’s in your own backyard until you get an opportunity to try them.

Did I like everything? No, but I did taste things I have never tried before, and that was exciting. Winners names are not announced until the Red Carpet Gala. Unfortunately I cannot attend this event since it coincides with the FBC 2017 Conference which I will be at in Ottawa. However, once the winners are named, I know I will be hunting down some of these products to purchase for myself.

I would like to thank Ontario Meat and Poultry for this amazing experience. As a consumer, I am honoured to know that my opinion is important in making such an important decision. I can’t wait to see who the winners are. If I am lucky, maybe I will be asked to judge again in 2019 Ontario Finest Meat Competition!!

Gloria Duggan is the author for Homemade & Yummy, where she creates fun and easy recipes. She is also a brand ambassador/influencer for well-known companies. Gloria has judged food competitions and has posted about local food events. Gloria's work has been featured in magazines, and she has been interviewed on several podcasts. Read More…

This site uses Akismet to reduce spam. Learn how your comment data is processed. 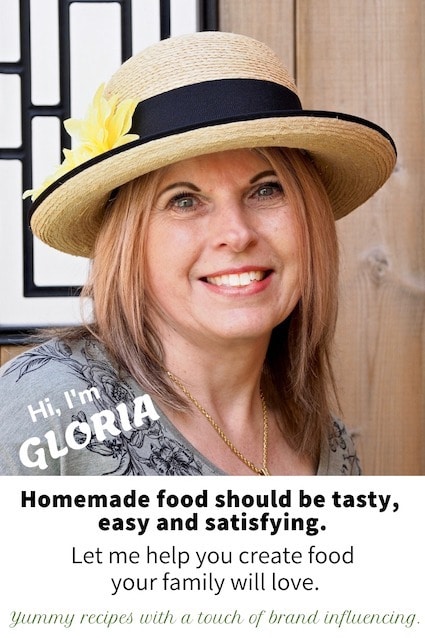 CONNECT WITH ME ON SOCIAL MEDIA 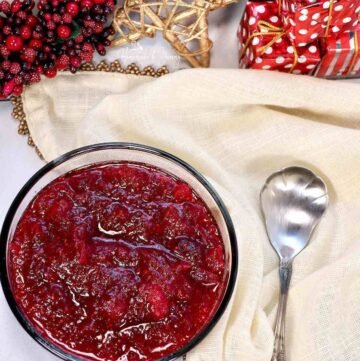 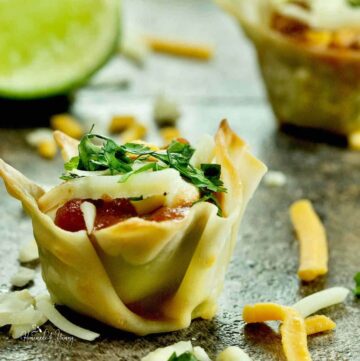 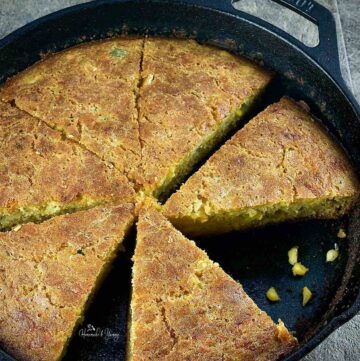 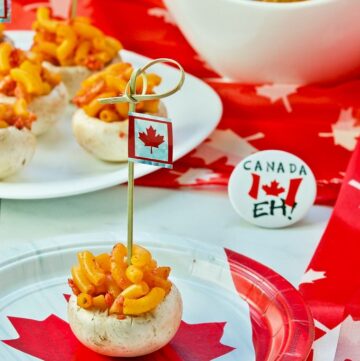